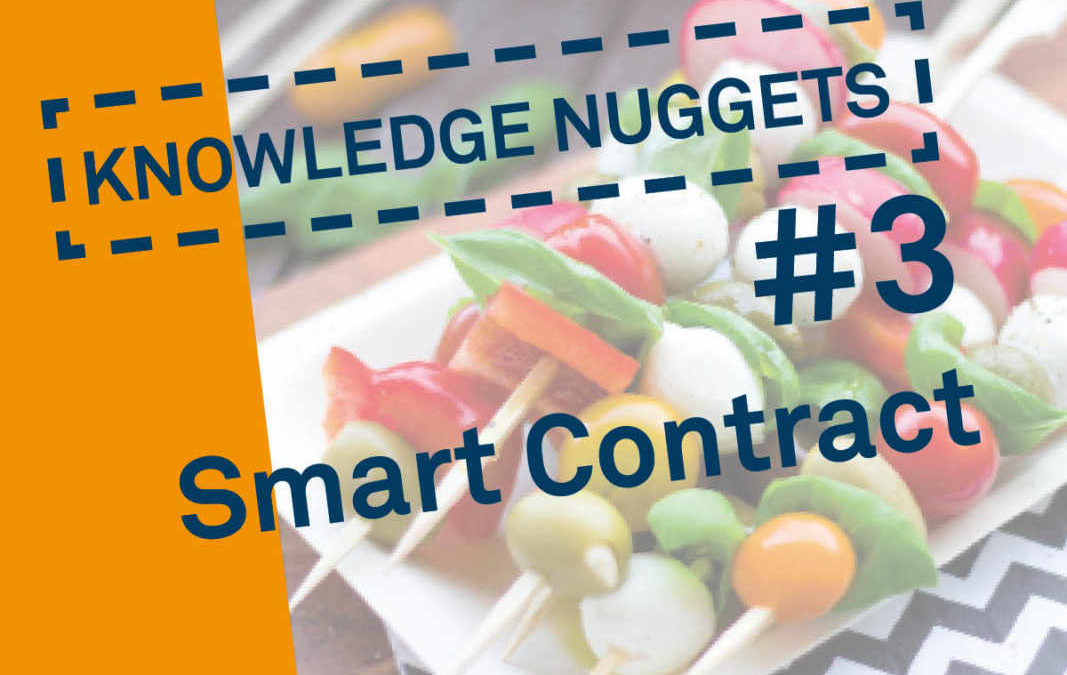 Without blockchain, there is no business, as the media say. The basis for this are the so-called “smart contracts”. The term was first used in 1993/94. It is smart because it can be processed automatically and, in the future, autonomously. These are not contracts in the legal sense, but rather programmed If-Then conditions. If a certain event occurs, a predefined action is triggered. Smart contracts are based on blockchain technology and do not require human supervision or the involvement of third parties such as notaries while still ensuring legal reliability. Smart contracts can automate many manual activities and thus save costs to a large extent.

The basic concept of a smart contract has been around for a long time. The purchase of a drink from a vending machine is often cited as a simple example. After a coin is inserted, a drink is automatically ejected. There is no cashier or other intermediary in this process. A smart contract is a software-based contract in which a wide variety of contract terms can be stored. During the course of the contract, certain linked actions (e.g., dispensing a beverage) can be executed automatically when a corresponding trigger (e.g., confirmation of money being inserted) is present.

Today, on the way to the new Platform Economy, the Silicon Economy, the principle of Smart Contracts is of course thought of in a much more complex way, even if the basic idea remains. With the decentralized storage and authentication of contracts using blockchain technology, or even the use of digital currencies such as bitcoin, the potential of smart contracts has increased significantly in recent times. An example from logistics: temperature data, for example, can be fed into the blockchain at regularly scheduled intervals via the internet using a sensor or an IoT-enabled device attached to a refrigerated transport box. If any damage occurs to the goods due to temperature fluctuations, the chain of evidence is transparent via the blockchain. If the damage falls under the responsibility of a logistics service provider, the latter can pay out compensation immediately. If the condition of the goods is faultless, the receipt and further processing are confirmed and the payment process is automatically triggered.

By using blockchain, each transaction is first validated by a computer network. Then, the transaction – such as a transfer – is stored as a hash (immutable code) in the blockchain. This hash is then shared again with all computers in the network. That way, every partner in the network has the the latest data. Smart contracts are considered tamper-proof.

Smart contracts are limited to events that are digitally verifiable. If a service provision or other event that is of interest to the contracting parties cannot be mapped digitally, then no smart contract can be applied. Information technology interfaces are therefore required. These interfaces can be used to record the actual exchange of services and make this event digitally accessible to a smart contract. One example of such an interface is the blockchain-enabled IoT device from Blockchain Europe.